Feed It with Fire 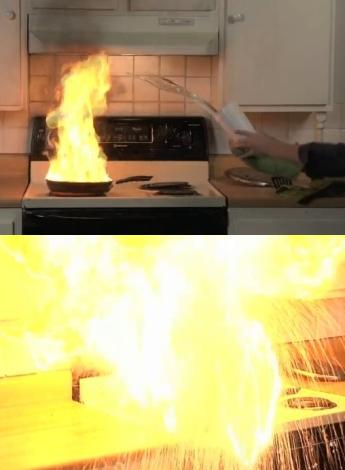 The Monster of the Week is apparently Immune to Bullets, but not only that, it's getting stronger too! Maybe you shot it with an Energy Weapon, maybe you intervened in a situation and caused a worse problem to appear or maybe you just hit its Berserk Button, but it didn't die, and now it's stronger than ever. Feed It with Fire is the process by which attempting to kill or destroy something ends up making it grow, become more powerful, or otherwise help it out.

A form of Attack Backfire.

Examples of Feed It with Fire include:

Leela: It's not working! He's gaining strength from our weapons!
Fry: Like a balloon, and... something bad happens!

Jim: You idiot! You fight fire with WATER!