Everything About Fiction You Never Wanted to Know.
Jump to navigation Jump to search
/wiki/Running Wild (band)creator 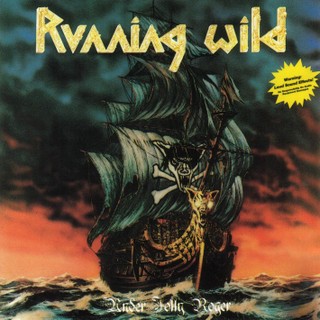 We are prisoners of our time
But we are still alive
Fight for the freedom, fight for the right


We are Running Wild
—"Prisoners of Our Time"

Running Wild is a Speed/Heavy Metal band from Germany. They formed in 1976 as Granite Hearts before changing their name to Running Wild after a Judas Priest song. They used to have occult and satanic imagery on their earlier work, but by the time of the third album of the band the frontman and leader Rolf Kasparek wanted something different, and he chose Pirates. This has became the main turning point in the band's career, and they never looked back.

Although piracy composes Running Wild's main imagery, they're not as gimmicky as you'd think. The topics of their songs range from ancient conspiracies, literature, Heavy Meta and environmetal issues to history in general, and pirate histories (including rogues) in particular.