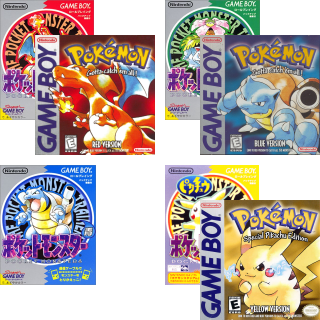 When a bigger, badder, better version of a game is released a year or two (and with the more recent boom in the download market for classic games, sometimes 10 or 20 years) after the original, sometimes as an enhanced port on a different console. Common features include more game modes, new gameplay segments, shinier graphics, harder difficulty settings, new weapons and costumes, and so forth.

Of course, this can be particularly annoying to people who purchased the original, who now have to pay up to $40 (or more) for a game they mostly already own. Or worse if it is released for a different console than the original, and they don't own that console.

When a classic game is recreated entirely for today, it's a remake. Updated Rereleases are also different from collector's editions and should not be confused. The former comes out well after the original game is released and alters the gameplay significantly, whereas the latter is a more expensive version that comes out alongside the regular edition and offers bonus material separate from the core game.

This is mostly a console gaming trope, as extra material for PC games is typically released in the form of an Expansion Pack. It's becoming increasingly common, however, for PC games to be rereleased as a bundle along with their expansion(s), typically with such titles as "Gold Edition" (not to be confused with "going gold"), "Platinum Edition", or "Game of the Year Edition".

By the same token, it's starting to become less prevalent (or at least less profitable) on console systems, as DLC has made releasing entire new discs more a convenience for people who don't own it yet in any form, rather than a screw you to people who do. The current trend is for the "updated re-release" not to include the additional content on the disc and, instead, to provide a code to download the additional content.

It should also be noted that some companies, most notably Sony America, require a re-release to have a certain amount of new content or else it can't be released in that region. This is why some updated re-releases never see the light of day outside of Japan. The main exception to this is if the original version was never released there at all.

See also Regional Bonus, No Export for You, and Polished Port.

Examples of Updated Rerelease include:
Retrieved from "https://allthetropes.org/w/index.php?title=Updated_Rerelease&oldid=1629666"
Categories: