Everything About Fiction You Never Wanted to Know.
(Redirected from All Star Batman and Robin)
Jump to navigation Jump to search 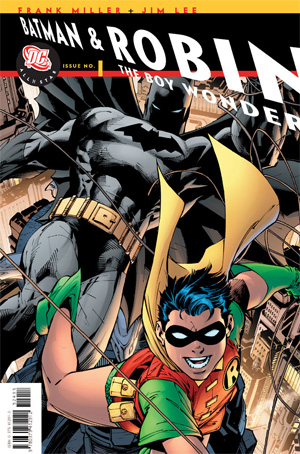 The original All Star DC Comics title, and one of the most memetic comic books of the last decade. Ran from 2005 until 2008. When DC announced the book it was widely anticipated as Frank Miller's return to the site of two of his greatest books - The Dark Knight Returns and Batman: Year One, this time with the tale of Robin's origin. The story that fans got, though... well, let's just say it wasn't what anybody expected.

Tropes used in All-Star Batman and Robin The Boy Wonder include:
Retrieved from "https://allthetropes.org/w/index.php?title=All-Star_Batman_and_Robin_The_Boy_Wonder&oldid=1680079"
Categories:
Cookies help us deliver our services. By using our services, you agree to our use of cookies.