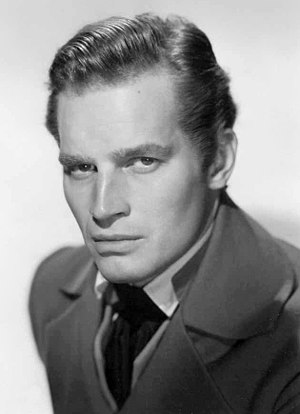 As a Hollywood star he appeared in 100 films over the course of 60 years. He is best known for his roles in The Ten Commandments (1956); Ben-Hur, for which he won the Academy Award for Best Actor (1959), El Cid (1961), and Planet of the Apes (1968). He also is well known for his roles in the films The Greatest Show on Earth (1952), Touch of Evil (1958), and The Agony and the Ecstasy (1965). The starring roles gave the actor a grave, authoritative persona and embodied responsibility, individualism and masculinity; he rejected scripts that did not emphasize those virtues. His media image as a spokesman for Judeo-Christian moral values enabled his political voice.

A supporter of Democratic politicians and civil rights in the 1960s, Heston eventually rejected liberalism, founding a conservative political action committee and supporting Ronald Reagan. Heston's most famous role in politics came as the five-term president of the National Rifle Association from 1998 to 2003. After being diagnosed with Alzheimer's disease, Heston retired both from acting and being the NRA president in 2003, and died of complications of pneumonia in 2008.

Retrieved from "https://allthetropes.org/w/index.php?title=Charlton_Heston&oldid=1950539"
Categories:
Cookies help us deliver our services. By using our services, you agree to our use of cookies.