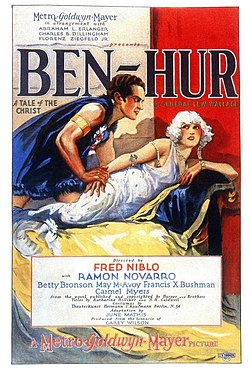 The poster for the 1925 version 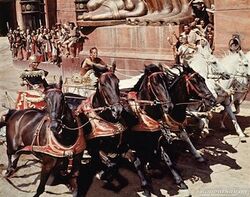 The chariot race from the 1959 version

Full title: Ben-Hur: A Tale of the Christ. Christ does have an important role in this story, but it's often tangential. It's more about the conflict between Ben-Hur, a former nobleman turned slave, and Messala, a childhood friend who betrayed him.

Versions of this story include:

The following tropes are common to many or all entries in the Ben-Hur franchise.
For tropes specific to individual installments, visit their respective work pages.
Retrieved from "https://allthetropes.org/w/index.php?title=Ben-Hur&oldid=1831314"
Categories: