Everything About Fiction You Never Wanted to Know.
Jump to navigation Jump to search
/wiki/Alfred Hitchcockcreator 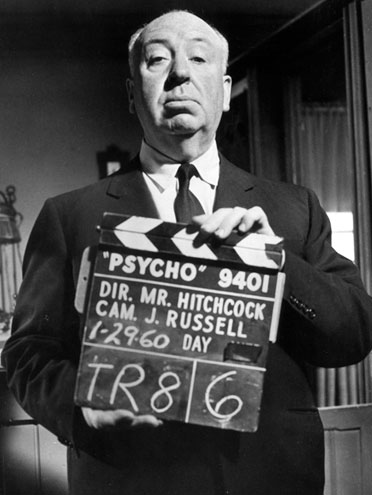 The acknowledged master of cinematic suspense, "Hitch" is one of the most famous directors of all time. Most people have probably seen one of his films at some time. He was "Sir Alfred" for a brief four months before his death in 1980. He also produced and hosted the television anthology series Alfred Hitchcock Presents from 1955 to 1965, although he only actually directed a handful of the show's episodes. Many of his films are adaptations of novels or short stories.

Made frequent use of the 'MacGuffin' and popularized the term. Has been played by Anthony Hopkins in "Hitchcock", a film by Sacha Gervasi about the making of Psycho. Based on images, Hopkins certainly looked the part.

Some films directed by Hitchcock include:

Most people consider either Vertigo or Psycho to be his Magnum Opus, although Hitchcock himself considered Shadow of a Doubt to be his best.

It should be noted that Hitchcock did not direct The Third Man, as is widely believed. He didn't do Charade, either, although the latter was referred to by one reviewer as "The best Hitchcock film that Hitchcock never made".