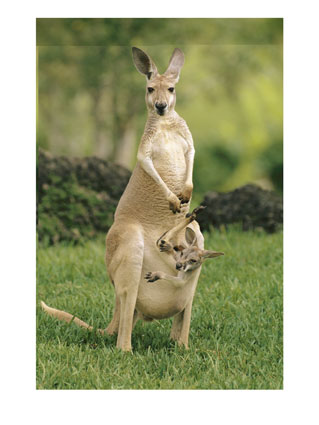 Why yes, this thing can and will kill you too.

Australia has, without a doubt, some of the strangest animals around. We have poisonous toads that didn't do the job, roos, koalas, a host of not-so-cute and incredibly deadly creatures, and some of the world's only egg-laying mammals. Aren't we lucky?

Interesting note: Perhaps due to the beauty and strangeness of native Australian wildlife and plants, Australia has a very large population of environmental activists—the sane and pragmatic kind, not the PETA kind (mostly). The late Steve Irwin and his family are prominent environmentalists who use their shows and zoo to promote the protection of wildlife the world over.[1]

And now, a song