Everything About Fiction You Never Wanted to Know.
Jump to navigation Jump to search
/wiki/Beth Phoenixcreator 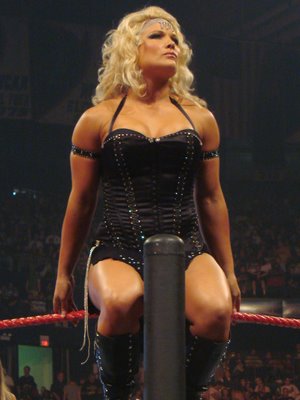 Gorgeous, smart and can lift a man across her shoulders

Elizabeth Kocanski Carolan, also known as Beth Phoenix, is one of the current Divas on World Wrestling Entertainment, and surely the most unique among them. Unlike other Divas, that were models or dancers before going into the ring, Beth trained hard to be a wrestler since the beginning, going as far as being the first woman varsity wrestler in her high school. With her amateur wrestling skill and physical strength, she quickly developed in one of the best female wrestlers in business, and it's earned her the Women's Championship three times and the Divas championship once in WWE so far.

Like usual, That Other Wiki has a complete rundown on her career.