Everything About Fiction You Never Wanted to Know.
Jump to navigation Jump to search
/wiki/Arnold Schwarzeneggercreator 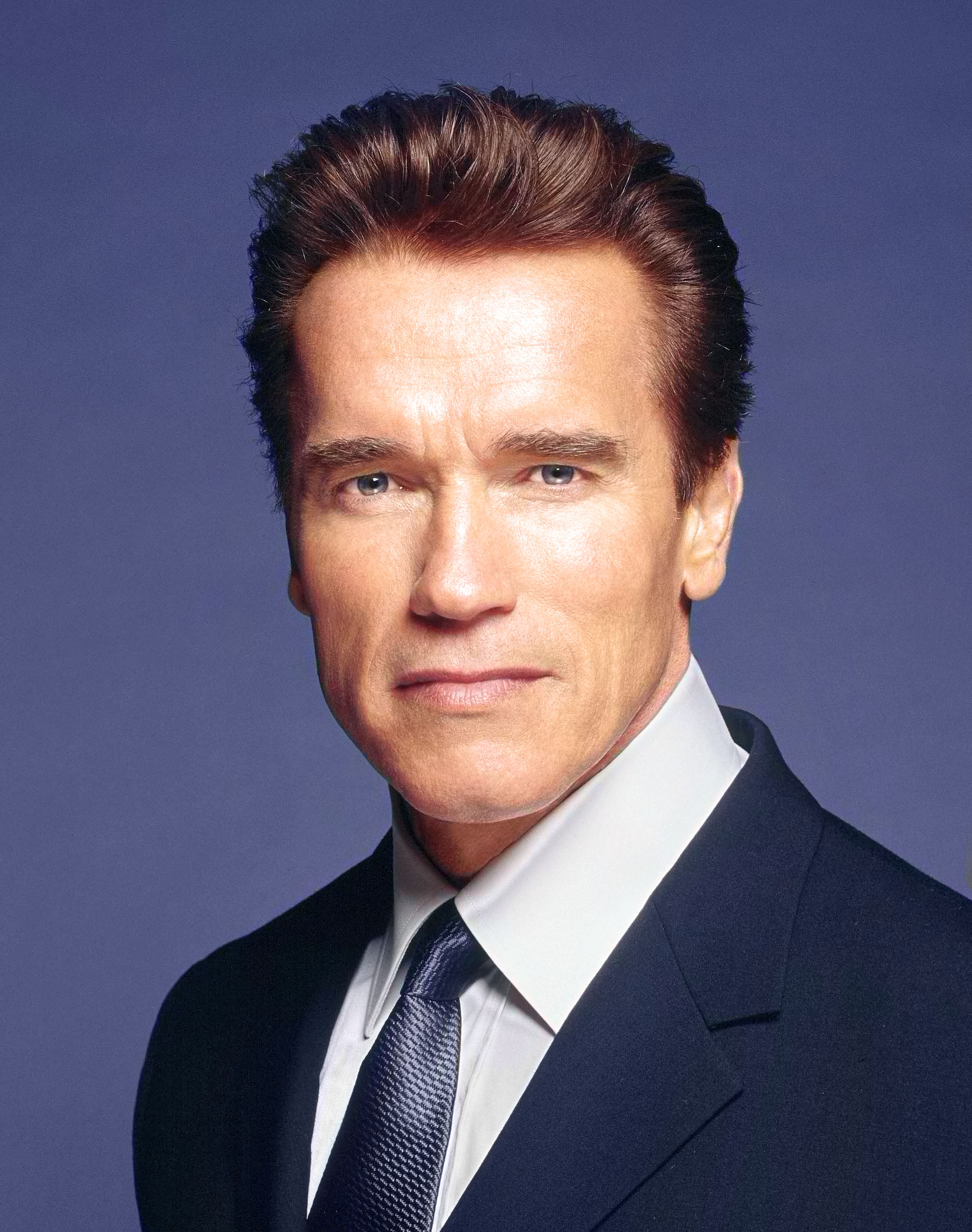 Austrian-born actor, (he became a naturalized U.S. citizen in 1983), former bodybuilder, and Governator of the state of California from 2003 to 2011, a fact that a lot of people in general find to be very funny. He broke into acting with an unfortunate Hercules movie, which he then followed with Conan the Barbarian. He is now most famous for his roles in action films such as the Terminator series and Predator, with characters that always have a thick Austrian accent (it has, in fact, become so iconic of him that he has a speech coach to help him maintain the accent after years in America). His comedies (and even his later action films) vary. He was also a lifelong friend of Stan Winston, the master-puppeteer who quite literally made The Terminator out of him.

Also famous for his many Bond and Pre Mortem one liners; some of the cornier ones end up getting oft repeated for the sake of their corniness.

As shown by Commando, Kindergarten Cop and even Terminator 2, hurt a child or a teenager near to him and Schwarzenegger WILL fuck you up so bad that you'll need more than one coffin to be buried in.

Note also he is not as dumb as he looks, as he was smart enough to graduate with a University Degree in Business and Economics. When he made his breakthrough as an action star with Conan the Barbarian, he had already been a self-made milionaire for years, due to a number of smart business decisions. The acting was more of a hobby, and you could call him a Genius Bruiser in Real Life.

As governor of California, was a real-life case of Asskicking Equals Authority. If his political and business career are anything to judge him by, he's much smarter than people give him credit for. You know that vast fortune he has? Most of it didn't come from acting. He's also the biggest JFK fan known to man, being the man who paid thousands for a set of golf clubs used by JFK as well as marrying into the family... and yet, somewhat oddly, he's a Republican. A rather liberal Republican (especially in an era where Glenn Beck and Bill O'Reilly are major opinion leaders), but a Republican nonetheless. Also, he credits his loyalty to the Republican Party to a speech by an American President while he was still in Austria. The president? Richard Nixon. Chew on that for a while.

Went on record saying that when his gubernatorial term expired in January 2011, he will not seek another term, nor will he run for a House or Senate seat. Most likely because the harsh realities of Politics have been less than kind to him due to him being too far to the left of his own party and too far to the right for the Democrats. The sex scandal didn't help either. He has since confirmed that he will be returning to films. Unless the Constitution is amended to allow foreign-born citizens to run for President...

Also of note being a real life Determinator, claiming that choosing it as a life philosophy was the key to his success.

Not to be confused with The Ahnold, though he's the semi-Trope Namer.