California is a big place. It's the third-largest and most populous state in the USA, nearly 800 miles from the northern border with Oregon to the southern border with Baja California, Mexico. To the west is the Pacific Ocean, and to the east is the state of Nevada on the northern half and Arizona on the southern half. In between these borders lies some of the most gorgeous geography on the face of the Earth, but also nightmarish urban hellscapes and artery-clogging atmosphere. Summing up California in one article would be extremely difficult. It is home to the highest peak of the lower 48 states (Mt. Whitney) and, 76 miles away, the lowest point in North America (Death Valley). California is home to 15 of the 17 types of biomes: vast elevated deserts, beautiful forests of mighty redwoods, valleys of sun-soaked vineyards nestled in golden hills, and majestic snow-capped mountains.

A state this awesome attracts people, and close to 37 million people call the Golden State home (by comparison, Canada has a population of 35 million). Anthropologically speaking, southern California is home to the second-largest city in the USA, Los Angeles. Northern California is home to its most visited city, San Francisco, as well as numerous left-leaning small towns, rich veins of gold, and the traditional State Capital No One's Ever Heard Of (Sacramento). Northern California also has the distinction of hosting an abundance of environmentally-conscious yuppies living cheek-by-jowl with an abundance of prickly survivalists.

On that note, despite its reputation, California is a very politically mixed place. The California coast, particularly Los Angeles and San Francisco, is indeed characterized by social liberalism, although they are more moderate/conservative on fiscal issues. Its inland counties, meanwhile, are made up of provincial backwaters and farming communities that retain very traditionalist views of politics and culture and vote strongly Republican. This leads to a certain amount of internal political conflict split down rural vs. urban and coastal vs. inland lines, while producing a political culture that is generally quite averse to high taxes. Beyond that, the northern and southern parts of the state are always arguing over who gets the water. One thing almost all Californians agree on, however, is a desire for greater autonomy within the Union. This may have something to do with California's economy, which is the eighth-largest in the world (behind only the United States itself, Japan, Germany, China, Great Britain, India and Brazil), and its population, which is the 35th-largest.

To outsiders, California is characterized by:

California is also the most populous and ethnically diverse state in the USA. It's not unusual to walk down the street in a major city and overhear conversations in Russian, Japanese, Chinese, Vietnamese, Spanish, Tagalog, Hmong, Korean, Greek, and German all in 2 minutes. This results in numerous fusion restaurants that serve some of the nation's tastiest, and most expensive, cuisine. It also sometimes leads to civil unrest, one of the most famous examples being the Rodney King riots in the early 1990s. If something exists somewhere on Earth, you can find an example of it in California. 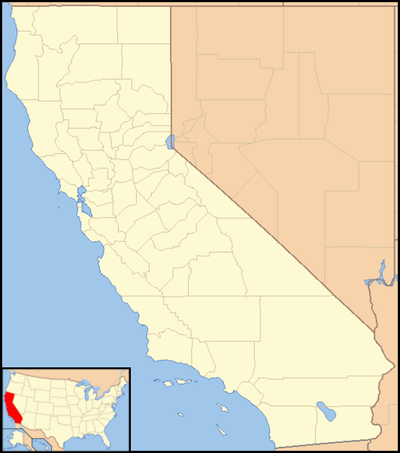 California provides examples of the following tropes:
Retrieved from "https://allthetropes.org/w/index.php?title=California&oldid=1952701"
Categories:
Cookies help us deliver our services. By using our services, you agree to our use of cookies.