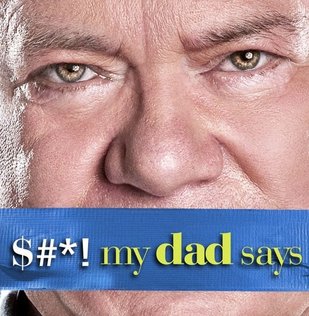 Sometimes creators take Refuge in Vulgarity, and the Moral Guardians just cannot let anyone say that word. Not here where everyone can see it.

So what to do? The creator can't just change everything. The movie is done, all the dialogue has been recorded, or the song is in the mixing process. At this point, there's just one thing you can do: censor the title. Don't advertise using the word "shit"—say "crap" or "stuff", depending on how you mean the word. Use acronyms or anything else to cover up the real title. Sure, the work itself is still as offensive as it was before, you just need to pay a little more attention to realize that.

This trope is when the title of a work is censored so that it can be advertised. As noted above, there can be various reasons for this, either creator decides to use the title or executives or distributors refuse to use the uncensored title.

Note that this only applies to the title being censored while the rest of the work isn't changed.

Not to be confused with Bowdlerization, as the work only seems less offensive on the surface. Related to Gosh Dang It to Heck and Sound Effect Bleep. Sometimes used when the creator is trying for an Intentionally Awkward Title and the executives say no.

Examples of Censored Title include: