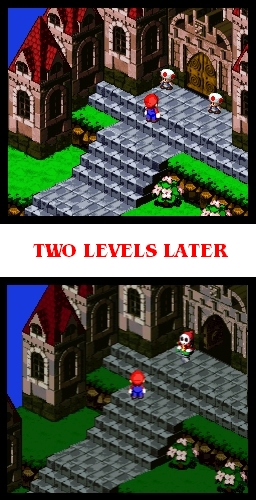 I leave for FIVE MINUTES... No wonder Bowser always kidnaps the Princess!

Welcome to Troperia, a kingdom of high magic, higher science, and infinite wonder, splendor, and power. Our legion of Magic Knights patrol the countryside, our fleet of Science Police guard the sky, and the wise Child Queen rules with justice and compassion. Pity, we just got taken over by a couple of dozen 1-HP Waddling Heads and their talking dinosaur overlord.

This is the Easily-Conquered World. A place where the good guys' army (if they even have one) is easily defeated by forces a fraction their size, palace security is so lax that somebody could casually sneak into the queen's bedroom and trot off with her over their shoulder, and a glorified Laser Blade is considered such a powerful Game Breaker that it ensures World Domination to whoever holds it.

One has to ask "Why did this happen? How did this happen?" If it isn't for the sake of humor, then it's likely part of an Idiot Plot -- The Guards Must Be Crazy for the princess to be kidnapped, the bad guy has to steal the Cosmic Keystone, and the Redshirt Army has to fall to the horde of Mooks. Otherwise, why would they need the Player Character's help? To reformulate their tax codes?

Enabling this is the fragile set up of the Skeleton Government, weak combat ability of everyone else, a populace that has Become Complacent and Ignorant of Their Own Ignorance, and such a total lack of conviction and common sense that a sufficiently Genre Savvy (or even just smart) person could conquer this world in ten minutes. Good thing there's always a hero or two around to save the day. Unless they don't.

Contrast One-Man Army with how easily it is to make an enemy's empire implode with just one PC. Also compare and contrast Easily-Thwarted Alien Invasion. If justified, it may be because of an Outside Context Villain attacking.

Examples of Easily-Conquered World include: