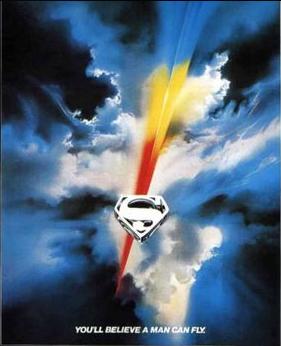 The success of Superman opened the door for other masked marvels in colorful costumes -- and 1978's Superman: The Movie did the same for superhero films. (As with the comics, Zorro asserts his influence here as well: the producers of the Christopher Reeve films, Alexander and Ilya Salkind, admitted they decided to make a Superman film after seeing a billboard of Alain Delon as Zorro in a French film.)

Produced (concurrently with its first sequel) in the late 1970s and released in 1978, Superman almost wasn't even made, since the studio feared it would be two hours of campiness in the vein of the 1960s Batman TV series. Once a screenplay written by Mario Puzo (The Godfather) was approved, Richard Donner was hired to direct and history was made.

Superman had a star-studded cast -- except for the two main characters. Casting the titular hero was a real hunt, but the studio hit the jackpot with Christopher Reeve, who is likely the best actor ever to play the role. (Watch the scene where he transitions between the character's identities on camera in Lois' apartment if you need convincing.)

Superman established a standard superhero film format: Origin of Hero, then Introduction of Arch Enemy (and other important characters), then First Conflict. The film starts on Krypton, with brilliant scientist Jor-El (Marlon Brando) sentencing a trio of treasonous villains to spend eternity in The Phantom Zone. Following this scene, the film follows Superman's origins -- Krypton's explosion, baby Kal-El's trip through space, getting his adoptive name of Clark Kent, and the first appearance of Superman -- before he becomes a mild-mannered reporter for the Daily Planet as Clark, rescues Lois Lane (Margot Kidder) and others as Superman, and finally has to stop a plot by the self-proclaimed "greatest criminal mind of our time", Lex Luthor (Gene Hackman), to destroy the West Coast.

The film was followed by 1980's Superman II, 1983's Superman III, and 1987's Superman IV, as well as the related (and unsuccessful) 1984 spinoff Supergirl. The last two films did poorly with critics and the box office, which caused a planned fifth film to sit in Development Hell for nearly two decades. Writers and directors such as Tim Burton and Kevin Smith attempted to reboot the franchise with their own unique takes, but had no success in convincing Warner Bros. to greenlight the project. In 2006, the fabled fifth film was finally released: Superman Returns, both a sequel and a Spiritual Successor to the first two films, was released. 2013 saw a reboot of the film franchise, titled Man of Steel.

The original movie was named to the National Film Registry in 2017.

Tropes used in Superman (film) include:
Retrieved from "https://allthetropes.org/w/index.php?title=Superman_(film)&oldid=1867232"
Categories:
Cookies help us deliver our services. By using our services, you agree to our use of cookies.