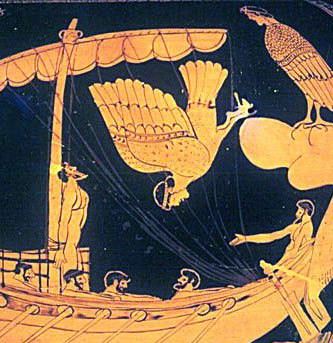 Sirens have enthralling voices, ranging from just very attractive when you've been out at sea for some time to a form of Glamour or out and out Mind Control. They are at least humanoid, though the lower half is flexible. They lure someone to their doom, though not necessarily immediate death. In Classical Mythology, sirens were bird-women, split about the same as a centaur; in most modern depictions of sirens, the bird characteristics will be dropped and they'll be just beautiful women with beautiful voices, if they aren't mermaids. In some versions their powers only work on men.

Examples of Enthralling Siren include: