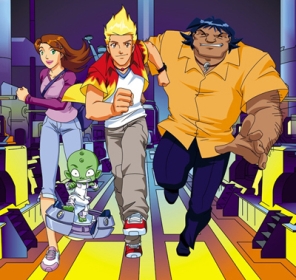 Martin Mystery (2003-2006) is a French/Canadian animated series based on the Italian comic book "Martin Mystere", animated by the studio that brought you Totally Spies!.

The series revolves around typical teens Martin Mystery, his step-sister Diana Lombard and their pal Java the Caveman, as they're sent on various missions by a secret organization known as "The Center" to investigate paranormal activity around the world.

Tropes used in Martin Mystery include:
Retrieved from "https://allthetropes.org/w/index.php?title=Martin_Mystery&oldid=1750184"
Categories:
Cookies help us deliver our services. By using our services, you agree to our use of cookies.