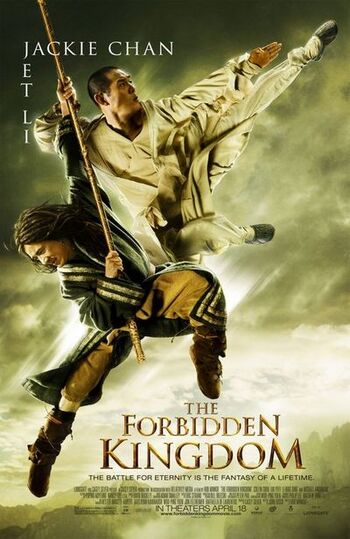 A kung-fu action fantasy film set in ancient China with Jet Li and Jackie Chan and loosely based on Journey to the West.

A modern-day American teenager finds himself in ancient China after discovering the Monkey King's magical staff. He accompanies Jackie Chan and Jet Li on their quest to return the staff to its rightful owner while trying to avoid the minions of the evil Jade Warlord.

Tropes used in The Forbidden Kingdom include: