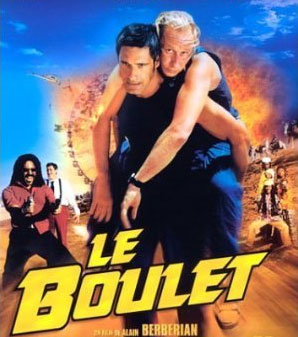 Probably one of the most hated characters in a movie or series fandom, The Load is a liability to the heroes. They are not always the proximate cause of the heroes' failures, but they're weak, they're often Too Dumb to Live, and for some reason they've just got to hang around with the cool heroes and be a part of the action all the time. It doesn't occur to The Load that, being an unathletic Muggle, it really might not be such a good idea for them to rush headlong onto the battlefield along with the heavily armored and super-powered heroes. Said heroes will usually have to spend at least half the battle keeping The Load alive. It's not hard to see why the fans hate them so much.

The Load can sometimes become The Scrappy if they're obnoxious enough—although sometimes they will not be actively annoying, just some weaker character whom the heroes must bring along and protect for some reason.

The Load is the TV/movie equivalent of a powerless NPC in a video game Escort Mission—only, unlike a video game, you don't have the power to press the "B" button and throw The Load to the zombies if you start getting irritated by them.

What makes this trope especially grating is that The Load often actually does have powers or an ability that will come in handy for the heroes, which is, of course, why they must keep dragging The Load around with them. The one instance where The Load uses this power to save the heroes, however, does little to make up for the 99 percent of the time that they have spent being a screeching boat anchor.

Closely related to the Damsel Scrappy, Non-Action Guy, The Team Normal (if this character is the load because of a lack of powers). Can lead to a Live Action Escort Mission, Badly-Battered Babysitter, or similar. Might result from a Story-Breaker Team-Up where one of the members is out of their league. The character may be a Living MacGuffin or The President's Daughter.

If a Time Skip occurs in the series, expect The Load to have Taken a Level in Badass. Compare The Millstone, who is much more proactive in making failure the only option, and Helpless Good Side, for when a character with a Split Personality is the load half the time.

Examples of The Load include:

Retrieved from "https://allthetropes.org/w/index.php?title=The_Load&oldid=1968911"
Categories:
Cookies help us deliver our services. By using our services, you agree to our use of cookies.