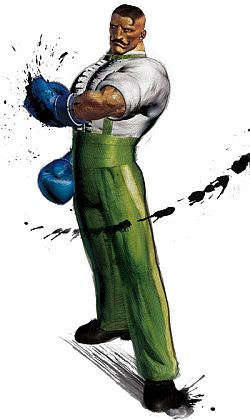 So, let's look at what the situation has turned into: the Hero stands across the battlefield from the opponent, be it in the form of a Big Bad, Arch Enemy, Lancer, Evil Counterpart, a Gentleman Thief, Rival (with or without a heel turn), you name it. It is abundantly clear from the story arc building up to this climactic battle that neither side will rest until the other is face down in a puddle of their own humiliation. Chances are they will pull out all the stops, and resort to some of the dirtiest and underhanded tactics conceivable, right?

See, both parties understand that there are certain rules, unwritten or otherwise, that dictate how a battle can be waged. And they plan to see that they are upheld. Sure, this is an intense rivalry that must be settled once and for all, or possibly the fate of the world hangs in the balance, but there's no reason why we can't be civil about it! We're not barbarians (and said barbarians who circumvent the rules get beaten/dressed down by both the hero and his opponent; literal barbarians often follow this trope themselves)! Ultimately, it could be because the villain wants to maintain an air of dignity even in defeat, or maybe he just wants to show The Hero that he can beat him at his own game. It could also be that the two parties simply want to see it done right, so that there can be no squabbling about what could have been (even the playing field and settle this once and for all).

Formally staged battles, like Combat by Champion, Duel to the Death, or Gladiator Games, may require it; you may lose if you cheat.

There is some overlap with The Only One Allowed to Defeat You. A villain who sees The Hero as a Worthy Opponent might invoke this Trope as well. One of the standard codes by which Cultured Badasses operate. Contrast with the Combat Pragmatist, who only fights by the rules when it's to his benefit to do so. Has overlap with Combat Aestheticist.

Retrieved from "https://allthetropes.org/w/index.php?title=Let%27s_Fight_Like_Gentlemen&oldid=1874465"
Categories:
Cookies help us deliver our services. By using our services, you agree to our use of cookies.