Everything About Fiction You Never Wanted to Know.
< Victorious
Jump to navigation Jump to search 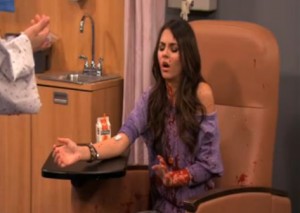 Remember that not everything that just makes you go "tee-hee" is an example of this trope.