Everything About Fiction You Never Wanted to Know.
Jump to navigation Jump to search
/wiki/Beck (musician)creator 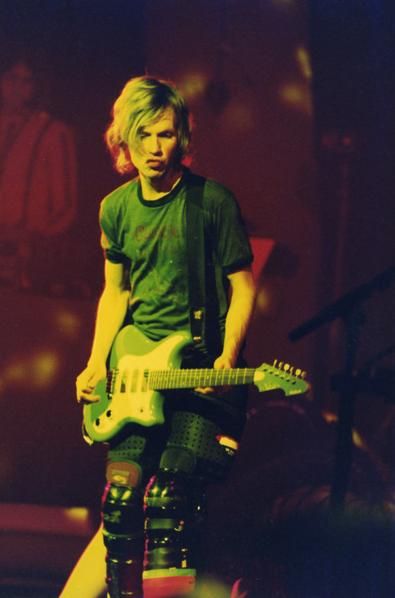 He's upset because someone misplaced his Becktionary...

Beck (a.k.a Beck Hansen, born in 1970 as Bek David Campbell) is an American Alternative Rock musician and singer-songwriter with two turntables and a microphone. He first rose to popularity with his underground works, gaining a hit with his breakthrough single "Loser" in 1993. Afterwards, he earned great critical acclaim and commercial success with the album Odelay, escaping the threat of becoming a One-Hit Wonder.

Since then, he has released eight more albums, his latest[1] being 2017's Colors. During this time, he had become noted for the large variety of genres his work takes in.

Please don't confuse him with Jeff Beck, Glenn Beck, or the anime.

Discography:
Beck (musician) provides examples of the following tropes:
Retrieved from "https://allthetropes.org/w/index.php?title=Beck_(musician)&oldid=1849673"
Categories:
Cookies help us deliver our services. By using our services, you agree to our use of cookies.