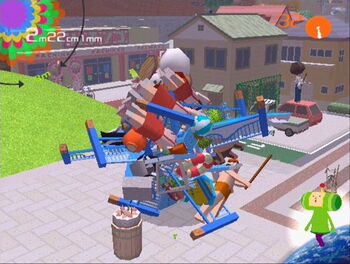 We dare you to put a genre on this.

Most creative work fits nicely into a series of classifications. We can quickly tell the difference between a sitcom and a sonnet, and we know what to expect in each one. Even if a work defies our specific expectations about tropes, it usually conforms to more general expectations about the genre. A sci-fi show can be new and different and innovative, but it can at the same time very clearly be science fiction, with a whole range of tropes assumed in that category.

But every so often, something comes along that just does not fit into our usual map of genres. Most of the time, these kinds of pieces get thrown out, so no one remembers them. If they're good, though, they often go on to found new genres. This means that Genre Busters are often Trope Maker for a whole range of tropes.

Of course, even genre busters are not entirely original. But they are original enough—and powerful enough—that they appear to completely transcend genre. Categories like the broad Speculative Fiction and the hybrid Science Fantasy exist so that works can be filed somewhere, but these often fail to capture the feel of a genre buster.

Compare From Clones to Genre, Trope Maker, and Trope Codifier. Quite often a Deconstructor Fleet. 90% of the time, you will find Mind Screw within them, with the other 10% just weird. Compare and contrast Genre Killer. For a character see Ninja Pirate Zombie Robot. See also Neoclassical Punk Zydeco Rockabilly for a related musical trope. Compare Genre Roulette

Examples of Genre Busting include:

Retrieved from "https://allthetropes.org/w/index.php?title=Genre_Busting&oldid=1959390"
Categories:
Cookies help us deliver our services. By using our services, you agree to our use of cookies.