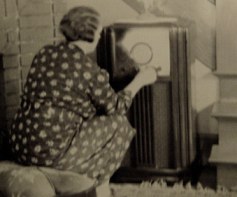 Tropes first documented after the invention of radio (1890s) and before the emergence of television (1940s).

Radio and Cinema provided two new media, for the first time in millennia, and originated many TV tropes. This is also the time of the first Super Heroes.

For future reference: TV, in a very primitive form, was invented in 1928, but regular broadcasts of electronic television as we generally know it didn't start until 1936 in the U.K. and Nazi Germany and 1939 in the U.S. and U.S.S.R.

Tropes that originated in this time period:
Retrieved from "https://allthetropes.org/w/index.php?title=Older_Than_Television&oldid=1940274"
Categories:
Cookies help us deliver our services. By using our services, you agree to our use of cookies.