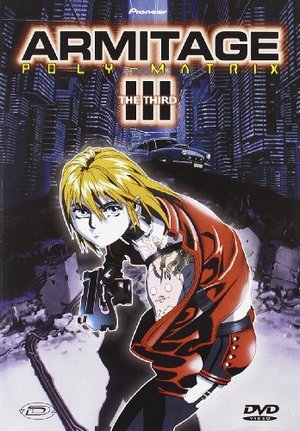 In the distant future, Mars has been successfully colonized by humankind and their robotic helpmates. Its domed cities are comfortable and cosmopolitan, and its population sophisticated and prosperous enough to support tours by famous performers from Earth. But one such performer, a country-western singer, is assassinated by a mysterious assailant when she arrives at the Martian spaceport.

The investigation into her killing is assigned to police officer Ross Sylibus, himself newly transferred from Earth in the wake of a tragedy that left him the possessor of a bionic leg. He is partnered with petite, provocative plainclothes cop Naomi Armitage. What looks like a comprehensible (if tragic) killing, though, takes a confusing turn when it's discovered that the dead singer was not a human woman, but an android of hitherto unseen sophistication. And that she was not the only one of her kind living undercover among humanity -- nor was she the only one of her kind recently murdered.

What is the secret of the Thirds, the latest generation of robotics technology? Who is killing them, and why? And what is Naomi's own hidden secret? As Syllabus and Armitage delve deeper into the mystery, they must come face to face with prejudice, sisterhood, and ultimately the very definition of what it means to be human.

A four-episode OVA miniseries written by Chiaki Konaka, Armitage III is tightly plotted and action-packed, yet does not stint on philosophical questions and quandaries. It is old enough to have been created entirely with traditional hand-drawn animation; quality control is high, though, and there is no sign of "rushed" or careless work. Both characters and backgrounds are crisp and detailed -- the Martian cityscapes are a joy to behold at times, as are the main players in the drama, particularly Armitage herself.

Armitage III, as brief as it is, spawned a sequel movie called Dual Matrix. It is somewhat less compelling, plotwise, than the original series, and a switch from traditional animation to computer-assisted methods resulted in some unappealing changes in character designs -- Armitage, for example, went from looking cute-sexy in a leather-Loli way to looking like a psychotic housewife. (Though in all fairness, she sort of was a psychotic housewife, and with good reason!)

In North America, Armitage was one of Pioneer/Geneon's first wave of imports in the early 1990s. Unlike most of the other shows in that noteworthy premiere, though, Armitage suffers from an uneven dub cast. In particular, Syllabus is quite wooden in English. To complicate matters, though, Pioneer edited together the four OVA episodes into a feature-length "motion picture" called Armitage III: Polymatrix and then dubbed it a second time with "name" actors -- Keifer Sutherland as Syllabus and Elizabeth Berkeley as Armitage. Pioneer has also brought the sequel movie to North America, with yet a third dub cast, this one featuring Juliette Lewis as Armitage.

A spoileriffic note on the title: The title is often read, incorrectly, as Armitage 3, which might lead some viewers to wonder as to the whereabouts of the nonexistent "first two" Armitage OVAs. The title is correctly read as if it were the name of a person--Armitage the Third--which rather spoils the big reveal regarding Naomi's true nature. One imagines the creators might have selected the title intentionally, such that the viewer reads it differently before and after seeing the series.

Tropes used in Armitage III include:
Retrieved from "https://allthetropes.org/w/index.php?title=Armitage_III&oldid=1963888"
Categories:
Cookies help us deliver our services. By using our services, you agree to our use of cookies.