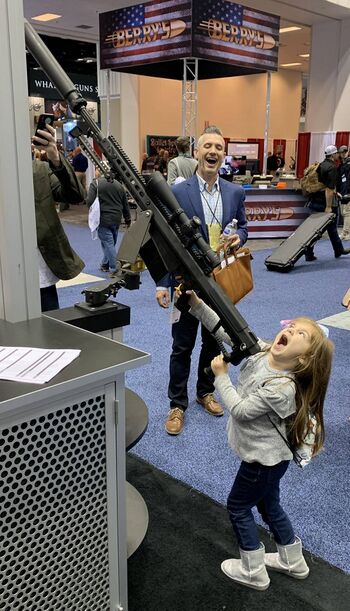 She may look cute in her school uniform, but she's packing enough firepower to overthrow a Central American dictatorship. And she'll probably use it, too, before the half hour is up, no matter how minor the situation—because she's just that Trigger Happy.

How does she carry all those guns, anyway? Maybe it's related to the phenomenon of the Hyperspace Mallet.

Sometimes pops up with the Little Miss Badass, BFG.

Commissioner Dolan: Is every goddamn woman in this goddamn hell hole out of her goddamn mind?
Morgenstern: No, sir. We're just equipped.

Science gets more fun when I get a bigger gun.