Everything About Fiction You Never Wanted to Know.
(Redirected from Kaitou)
Jump to navigation Jump to search 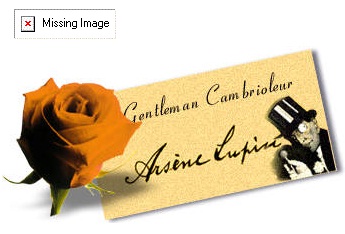 Dear All The Tropes: By the time you find this, I will have made my escape with your precious page image. Thank you for your contribution to my collection.

The Phantom Thief is a special class of criminal. An elusive and fantastic thief who can be long gone before the victim even knows what hit him. Just as likely to be an antihero as a villain.

There is no single set model of the Phantom Thief, but they usually have some of the following characteristics.

Particularly common in Japanese media, stemming from the popularity of Arsène Lupin in Japan. The Japanese word for it is Kaitou.

Compare Gentleman Thief and Classy Cat Burglar. If part of their motivation is the thrill of stealing then they are also The Kleptomaniac. See also Loveable Rogue, Anti-Hero.

Examples of Phantom Thief include:

He's the bafflement of Scotland Yard, the Flying Squad's despair:
For when they reach the scene of crime--Macavity's not there!

I'm the best thief in the galaxy. Not the most famous.