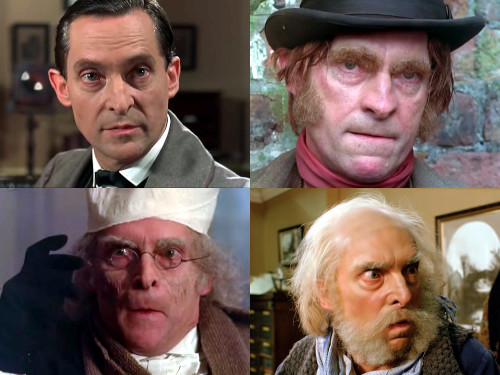 A character who can be anybody during the course of the story. Giving a character this power and concealing its use from the audience for a "reveal" is very hard to pull off.

They may rely on extensive training and a vast collection of wigs, clothing and stage makeup to pull off the fakery. Or, their powers could be Phlebotinum-driven, in that they have the physical ability to alter their very shape and size to perfectly match that of the person they are duplicating.

Expect them to be called "The Chameleon" even if real chameleons can't hide themselves.

Their allegiances can go either way. Sometimes they're villains, sometimes they're heroes (though more likely to be The Smart Guy in the Five-Man Band, rather than The Hero), and very often they're just Wild Cards.

Crucial to an Impossible Mission.

See also Convenient Color Change, Latex Perfection, Master of Illusion, Shapeshifting, Wig, Dress, Accent, We Will Not Use Stage Make-Up in the Future, The Power of Acting. Compare Clark Kenting. Master Actor is a subtrope that covers only the acting.

Examples of Master of Disguise include:

Retrieved from "https://allthetropes.org/w/index.php?title=Master_of_Disguise&oldid=1895416"
Categories:
Cookies help us deliver our services. By using our services, you agree to our use of cookies.