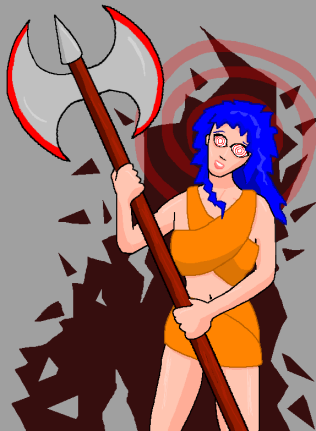 The more dangerous form of Brainwashed, for everyone concerned.

A character is hypnotized/mind-controlled/whatnot and sent to kill their friends or do something similarly destructive.

This trope has been tested and busted by MythBusters in regard to hypnosis; most hypnotists and hypnotherapists (and plenty of fictional villains, for that matter) agree that this kind of mind control through hypnosis isn't possible, as the subject must want to go through with the suggestion for it to work or, at least, have no good reason to object. Which means an alternate interpretation would be that the brainwashing victim wanted to go through with it, if "hypnosis" is used as the explanation for such behavior.

On the other hand, if a writer wants to convey that a Brainwashed and Crazy character is indeed such and got that way unknowingly or unwillingly and/or is acting against his or her own interests, the writer will not depict hypnosis as the method of mind control, because there are far more effective (and far more frightening) ways an individual can be manipulated and/or controlled to act in a harmful or dangerous manner. The Real Life Ur Example for this would be Nazi Germany, though a continuing situation of Domestic Abuse in Real Life is a far more common example.

Inverse of Heel Face Brainwashing. See also Mirror Morality Machine. May require Deprogramming to cure, if the mind-controller doesn't try to force them to break an Intrinsic Vow. Also may result in an "I Know You're in There Somewhere" Fight, ultimately resulting in a Dying as Yourself if they cannot be cured or freed and thusly must be destroyed, or kill themselves to spare their friends.

Examples of Brainwashed and Crazy include:

Retrieved from "https://allthetropes.org/w/index.php?title=Brainwashed_and_Crazy&oldid=1580791"
Categories:
Cookies help us deliver our services. By using our services, you agree to our use of cookies.