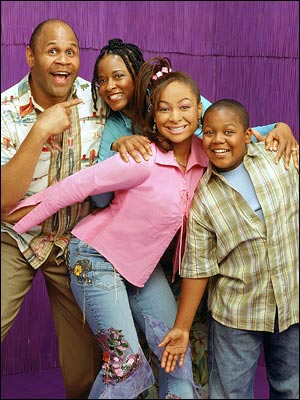 That's So Raven was a Disney Channel show that ran from 2003 to 2007, aimed at the tween audience. The plot revolves around precognitive teenager Raven Baxter as she gets herself, her friends Eddie and Chelsea and her family out of various situations, usually by using her Psychic Powers and skills as a "Master of Disguise", neither of which help. It was the chronologically first series in the DCLAU.

Tropes used in That's So Raven include:
Retrieved from "https://allthetropes.org/w/index.php?title=That%27s_So_Raven&oldid=1743916"
Categories:
Cookies help us deliver our services. By using our services, you agree to our use of cookies.