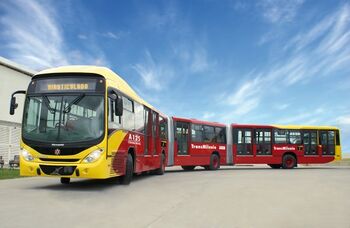 A Long Bus Trip is when a character is Put on a Bus in such a way that arranging a return would be simple, but then the character never actually comes back. This is most striking when the audience only learns of it retroactively, especially when the character was intended or hinted to be returning. It may also occur as the result of a series being Left Hanging.

Character Outlives Actor is a form of this enforced by Real Life. When it's the result of Author Existence Failure, that's The Character Died with Him.

When this is done to a character in-story as a coverup for execution, it's Released to Elsewhere.

Compare Chuck Cunningham Syndrome and Put on a Bus to Hell. Contrast Bus Crash (which kills the character outright) and Back for the Dead (when the character returns briefly, only to be killed off), and The Bus Came Back for that one single return.

Examples of Long Bus Trip include: