The Triads and the Tongs 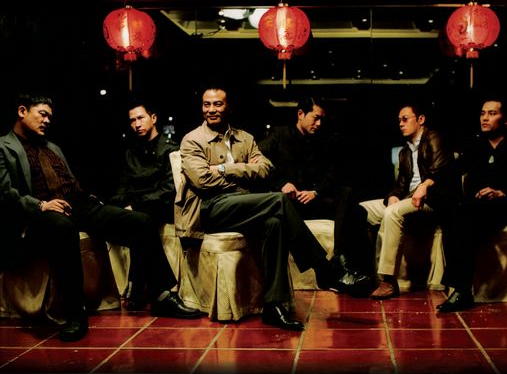 Subject of a thousand Hong Kong movies and a recurrent trope in Western Yellow Peril stories, the Triads started life as anti-Manchu resistance during the Qing Dynasty. The official myth says that they were created after the burning of the southern Shaolin temple, by five survivors of the battle. Some claim that one of them was Jee Sin, who was the master of the 5 Elders of Southern Chinese kung fu. After the fall of the Qing dyansty in the last century, the Triads now found themselves without a purpose and there was a split between the Mainland and overseas branches. The Mainland group is what we now commonly refer to as the Triads, while the overseas group became known as the Hongmen. The mainland Triads now turned to crime as they were unable to reenter normal society. After the Communist takeover, many Triad members moved to Hong Kong and Taiwan to escape new measures against organized crime. Hong Kong's Triad problems peaked in the 1970s, helped by police corruption.

The Hongmen is divided into 180 branches, and is arguably a Freemason-like organization, with an emphasis on patriotism, given the circumstances of its origin. Distinguished politicians such as Sun Yat Sen and Chiang Kai Shek were senior members. It shares traditions with the Triads, since they were one and the same not that far back. They are illegal in Hong Kong due to their relationship with the Triads, but are legal in Taiwan as a secret society. Not surprising, since President Chiang Kai Shek was a member. They exist in China as a political party, and hold the single non-communist ministerial seat. It has branches in other overseas Chinese communities, where it is referred to as Chinese Freemasonry. Its membership is rapidly aging with the change in the times.

Another group are the Tongs, modeled on the Triads, which arose in the US in response to the need for support organizations for new immigrant Chinese, as well as taking charge of protecting their members from violence from other groups. Some Tongs are fully legitimate organizations. Others, not so much. Many Triad members would join Tongs on reaching America, causing some Tongs to be strongly influenced by the Triads.

Chinese secret societies are guaranteed to exist anywhere in the world with a significant Chinese immigrant population, from Australia to L.A.

The secret societies used to be governed by strict codes of conduct and an inflexible hierarchical system, but that system has broken down in recent years, leading to behavior that many older members would consider unethical. The traditional secret societies have 36 Oaths which basically say, "don't screw over your sworn brothers, or you will get chopped up with lots of blades." (This phrase is repeated many, many times during the oaths, just to remind you). Doesn't mention anything about the morality of killing innocents. The oaths are sealed with the drinking of blood mixed with wine, and the oath-takers enter into a sworn brotherhood with the rest of the members of their organization. No problems with having more sworn brothers from elsewhere, though.

As mentioned earlier, the traditional punishment is death by a hundred cuts, or getting ambushed and hacked up which is easier and quicker. Hong Kong triads especially love their cleavers, given the difficulty of obtaining guns in Hong Kong. A machete is fine too. Overseas groups may use guns, automatic weapons and explosives, if they don't find them dishonorable. Some martial arts, especially some of the Southern Shaolin styles tend to have a reputation as being used by the Triads, especially due to their common origin myth in the Southern Shaolin temple.

Compare and contrast with The Syndicate, Yakuza, The Mafia, The Mafiya, London Gangster.

Examples of The Triads and the Tongs include:

Retrieved from "https://allthetropes.org/w/index.php?title=The_Triads_and_the_Tongs&oldid=1707704"
Categories:
Cookies help us deliver our services. By using our services, you agree to our use of cookies.