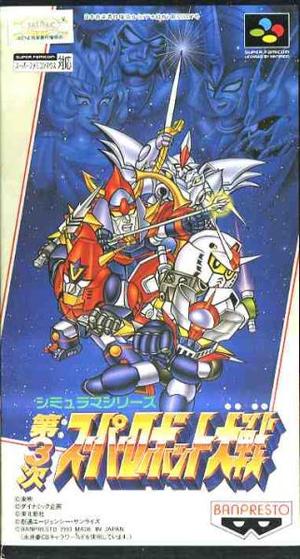 Super Robot Wars 3 was the first Super Robot Wars for the Super Nintendo Entertainment System, and compared to its Nintendo Entertainment System predecessor, it's still quite good to date. Unfortunately, compared to anything afterwards, it pales in quality. However, most people are willing to forgive it for this because whatever quality it does have is evident in the obscene amounts of (very well done) shout outs to most of its series, ESPECIALLY Gundam.