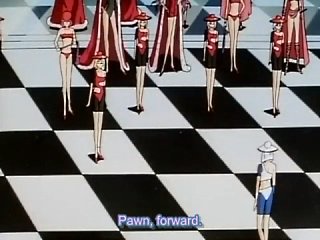 Storm: I propose a game of strategy.
Galactus: I accept.
Ant-Man: Aw, man. I know where this is going.
Storm: Knight Ant-Man, move to King's Bishop 4.


Ant-Man: I knew we were going to be used as pieces.
—Marvel Adventures: Avengers #26

The favorite pastime of every Chessmaster and Evil Overlord. Chess played with actual people, sometimes to the death.

A subtrope of Variant Chess. Expect somebody to go into Evil Overlooker mode at least once.

For a higher scale of this, see Cosmic Chess Game.

Examples of Human Chess include: