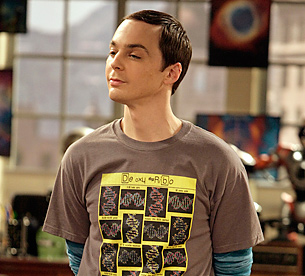 At first glance, the Insufferable Genius appears to be exactly the type who's doomed to learn An Aesop: he's very talented, knows he's very talented, and doesn't mind telling you repeatedly what a talented person he is. But the difference between him and your standard loudmouth is that he really is that good, and when placed in a difficult situation he can actually work his way out of it—so maybe he does have a right to brag.

Quite a bit of Truth in Television, many people with advanced degrees/specialized knowledge have ego problems, and physicists in particular have a reputation as being contemptuous of all other scientific disciplines.

May overlap with Brilliant but Lazy. May join in a Battle of Wits, if anyone is in the right league. Compare Tall, Dark and Snarky, Know-Nothing Know-It-All, Too Clever by Half, Upper Class Wit, Bunny Ears Lawyer, The Proud Elite. Contrast with characters that do get their Aesop, who may fall quickly or be slowly broken. Also contrast with a Gentleman and a Scholar, whose intelligence does not prevent him being gracious, friendly, and polite. And contrast Small Name, Big Ego, who thinks they're this trope, but is just plain insufferable.

Examples of Insufferable Genius include:

Retrieved from "https://allthetropes.org/w/index.php?title=Insufferable_Genius&oldid=1956176"
Categories:
Cookies help us deliver our services. By using our services, you agree to our use of cookies.