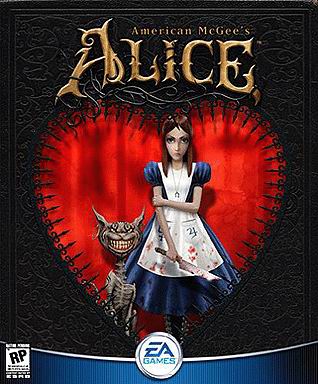 One of the most disturbing video games ever released, American McGee's Alice revolves around the titular character of the Alice in Wonderland series. Released in late 2000 by Electronic Arts, and helmed by Id Software alumnus American McGee, a former level designer for the Doom and Quake franchises, in his first role as project lead.

Alice Liddell's family members are killed in a fire, of which she is the only survivor. The trauma leaves her mostly catatonic and suicidal, and she is institutionalized in Rutledge Asylum. Years later, her White Rabbit plush toy apparently comes to life and summons Alice to aid a radically altered Wonderland, now under the despotic rule of the Queen of Hearts.

Alice must fight her way through the twisted dream world in an attempt to destroy the Queen and restore Wonderland to its former glory, and thus heal her mind. Along the way, she must destroy the Queen's minions, many of which are her former friends and companions. Her guide and primary ally is a twisted, emaciated Cheshire Cat, who can be summoned by the player for hints on how to go or just the occasional cryptic quote.

The game itself is an early action adventure, with Alice using a variety of deadly toys to kill the inhabitants trying to destroy her and solving a number of puzzles along the way. The soundtrack is particularly notable, created by Nine Inch Nails member Chris Vrenna with exclusively Victorian instruments and toys. The trailer for the first game can be viewed here.

In February 2009, roughly eight or so years after the game was released, EA announced that American McGee got the band back together, so to speak, and the sequel, titled Alice: Madness Returns was released on June 14, 2011. The first game ended with Alice escaping her insanity and leaving Rutledge Asylum with a smile. Now, Alice is a downtrodden orphan living in Victorian London under the care of Dr. Bumby. She suffers from hallucinations of Wonderland which make her sense of reality confusing. She eventually tumbles down the rabbit hole and returns to Wonderland, finding once again under threat from another corrupting influence which takes the form of the Infernal Train. Armed with new weapons, Alice must save Wonderland with new and old friends and enemies. However, it appears the house fire may have not been an accident after all.