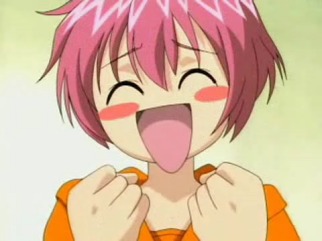 Shuichi knows how to lighten up the mood.

Best described as the human equivalent of a parakeet: small, cute, colorful, hyperactive and regularly loud. A hyperactive kid who is also somewhat In Touch with His Feminine Side. The Keet is often a male surrogate for female audiences.

Pops up here and there, especially in Shojo and shows with Boys Love Genre overtones; if he is the star, he is usually paired off in some form with his polar opposite. This character is born out of an enduring and surprisingly strict design plan for characters in Boys Love Genre manga commonly called the Uke. A more manly version is the Boisterous Bruiser, who is often a seme in Boys Love Genre.

Often subject to a crossdressing escapade.

Examples of Keet include:

Retrieved from "https://allthetropes.org/w/index.php?title=Keet&oldid=1922813"
Categories:
Cookies help us deliver our services. By using our services, you agree to our use of cookies.