Everything About Fiction You Never Wanted to Know.
Jump to navigation Jump to search
/wiki/Takehito Koyasucreator 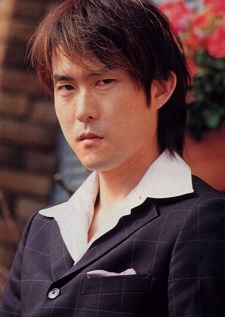 Takehito Koyasu is currently the most prolific seiyuu (voice actor) in the business. And when we say prolific, we mean it, with lots of varying roles he can pull off easily. Starting from a Determinator, to a calm, cool, intellectual, sarcastic character (sometimes including a Magnificent Bastard), to a nobleman to just plain comic relief/gay character. He created Weiss Kreuz, and is a part of the Weiss group, alongside the other leads: Shinichiro Miki, Tomokazu Seki, and Hiro Yuki. Weiss seems to indicate that Koyasu is certifiably insane (or at least on some very interesting drugs), but lovably so. He is a Man of a Thousand Voices.

According to Anime News Network, he has THE MOST number of roles in anime. Hell if anything, he has, as of this writing: August 10, 2009, 50 more roles FROM THE SECOND HIGHEST NUMBER OF ROLES.

It shall be noted, also, that he's a Promoted Fanboy. Yep, he was a long-time Mobile Suit Gundam fan before landing the roles of Zechs, Gym and Mu.

Currently working on a series of CD dramas called Velvet Under World, which may or may not be a Weiss Kreuz spin off. For the most compelling arguments towards "may," Velvet Underworld is Weiss Kreuz's first opening theme and VUW's main character's name? A.Y.A.

He seems to be a good friend with Hikaru Midorikawa, and as a result, there's lots of instances where he plays characters who are rivals with Midorikawa's character, usually with Koyasu's character being the instigator of rivalry.

Amongst his roles are:
Takehito Koyasu provides examples of the following tropes:
Retrieved from "https://allthetropes.org/w/index.php?title=Takehito_Koyasu&oldid=1545691"
Categories: