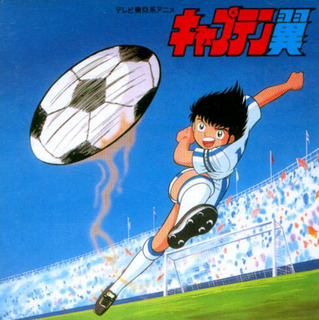 My foot ball is my best friend!

Pretty much one of the most famous and popular sport manga/anime created by Yoichi Takahashi. It was insanely popular and translated to many languages to the point where it inspired many talented players to take on football as a career, such as Alessandro del Piero, Zinedine Zidane, Francesco Totti, and Fernando Torres. This led the Japanese football association to assist in the development of the manga/anime to promote the sport in Japan, which inspired players like Hidetoshi Nakata and Seigo Narazaki.

It's also one of the main series that, along with other sacred cows like Dragon Ball, started the manga/anime popularity boom in Europe during the late 80's and early 90's.

It started being marketed as a Shonen manga, published at Shonen Jump from the start of its run up until the early 200's. While it remains shonen at heart, however, the Road to 2002 saga and sequels have moved to Seinen magazines, as a good part of its readership is formed by adult men who grew reading it on Shonen Jump.

The story follows Tsubasa Ozora, a boy with great sports abilities and a big dream: to win The World Cup. The story follows him through his school soccer tournament to his first steps in club football outside of Japan, and of course his big games with the Japan national team while struggling with injuries and other problems.

Other important characters include his teammates: Ryo Ishizaki, sensitive Taro Misaki and goalkeeper Ace Genzo Wakabayashi. Also, there are his rivals: most notably, Kojiro Hyuga (whose playing style is the opposite of Tsubasa, relaying more on power than on technique), Jun Misugi (a talented, ill strategist) and Hikaru Matsuyama. Later, foreign players like Karl Heinz Schneider are introduced during the FIFA World Youth cup. Important support characters are Roberto (Tsubasa's mentor and coach) and Sanae Nakazawa (a female friend of Tsubasa, who has also quite the crush on him and later manages to date him).

Currently this sports classic is still ongoing, from 1981 to the present days.

In 2002 an Spiritual Successor was released called Hungry heart.

No relationship to Tsubasa Reservoir Chronicle.

Tropes used in Captain Tsubasa include:
Retrieved from "https://allthetropes.org/w/index.php?title=Captain_Tsubasa&oldid=1691878"
Categories: