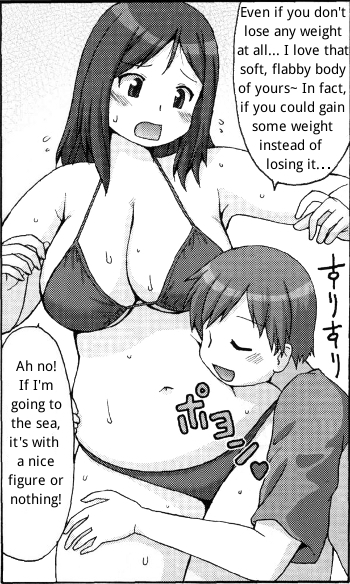 There's so much more to love.

Simply put, this character is outright attracted to fat people on an aesthetic level. Often treated as strictly as fetishists with inclinations toward feederism, if not outright as an Acceptable Target. In Real Life, some prefer the term "Fat Admirer."

Both labels are often applied to anyone who dates a heavy person but isn't overweight themselves, regardless of any other qualities they like in the person or if they simply find that person attractive with no particular fetish.

Examples of Chubby Chaser include: