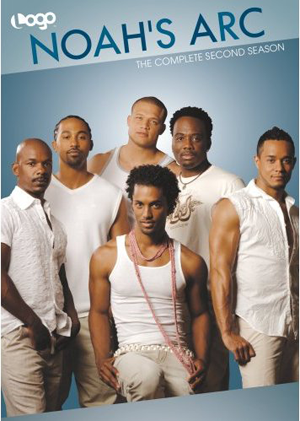 Noah's Arc is a LGBT comedy/drama that ran on Logo for two seasons from 2005 to 2006. The series centered around a group of Black gay male friends' lives and romances around Los Angeles. While the series bore some similarities to Queer as Folk, it managed to carve its own niche, plus received credit for its portayals of LGBT people of color.

Tropes used in Noah's Arc include:

Noah: "Wow Wade, thats one big truck. Hope you're not compensating for anything."
Wade: "Nah playa, it's all good in my hood."