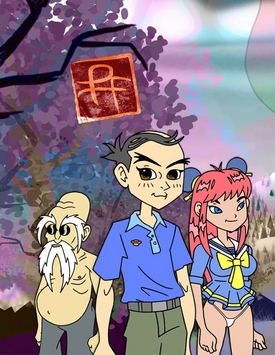 Perfect Hair Forever (2004, 2007) Sadly short-lived Adult Swim series that showcased Japanese Media Tropes the way a Peacock displays his feathers. Lasting a mere six episodes, this series from the same minds that brought you Aqua Teen Hunger Force and Squidbillies definitely qualifies as an Affectionate Parody, with the April 1st marathon even being made to look like a fake Chinese bootleg. A seventh and last episode was added in 2007.

Retrieved from "https://allthetropes.org/w/index.php?title=Perfect_Hair_Forever&oldid=1743719"
Categories:
Cookies help us deliver our services. By using our services, you agree to our use of cookies.