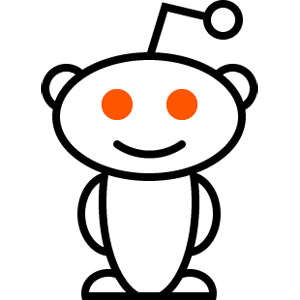 "The voice of the internet -- news before it happens"
—Reddit's Motto

The next step in a meme's spread after 4chan, Reddit is a very large news aggregator similar to Digg or Fark. Its structure is based around "subreddits", separate topic-specific aggregators which can be easily created.

Birthplace and center of worship for the Dark Lord Inglip.

For the Spanish equivalent of the rage comics, see Cuánto Cabrón.

It is more addictive than All The Tropes. Don't believe us? Here, try it for yourself. But don't say we didn't warn you.

If you go on the goddamn internet it will still be "Did you check the weather/mail/bank account/for missing children/on whatever cause she presently is interested in?"

"Hot girl posting on reddit? Upvoted! Oh wait you're not very attractive? REDDIT IS NOT YOUR FACEBOOK!!"
"I hate COD because all the games are similar, but I love Pokemon."
"9GAG sucks for stealing our original content. Also, upvote this 4chan image!"