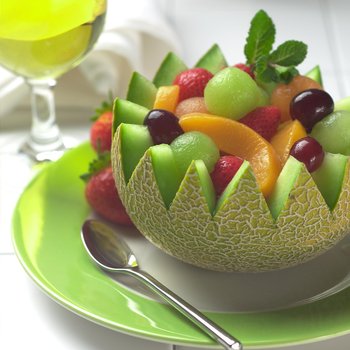 The second has probably existed forever, but the first is a trope primarily popularized by the modern Cooking Show, advertising, and other visual media where the food is the main focus. In visual media, the presentation goes beyond Edutainment or straightforward depictions of the food and tantalizes the viewer with careful close-up shots of artfully arranged dishes or the pristine appearance of their raw ingredients, choreographed action shots of its preparation and accompanying moans of pleasure produced by the people eating them. In written media, the same can be accomplished by writing at great length about the food in a similar manner.

Retrieved from "https://allthetropes.org/w/index.php?title=Food_Porn&oldid=1883659"
Categories:
Cookies help us deliver our services. By using our services, you agree to our use of cookies.