Everything About Fiction You Never Wanted to Know.
(Redirected from Women of the Otherworld)
Jump to navigation Jump to search 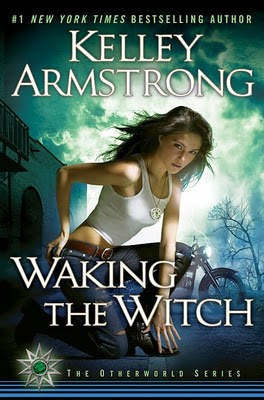 "Other parents warn their kids not to talk to strangers. I had to warn mine not to eat them."
—Jeremy Danvers, Stolen

The Otherworld is an Urban Fantasy series by Kelley Armstrong, also marketed under the title Women of the Otherworld. It's based on the idea that Things That Go Bump in the Night exist, but hide behind the Masquerade from humans. Each novel is narrated by one of a rotating cast of supernatural women. The plots of each novel typically include action, mystery, and romance in equal proportions. While the novels can be read alone, or in order of each narrator, minor jokes and plot details only make sense to those who have read the earlier novels.

There are thirteen books in the series, which is on indefinite hiatus. The author also writes a Lighter and Softer Young Adult series set in the same universe, called Darkest Powers, which is still continuing.

Tropes used in The Otherworld include:
Retrieved from "https://allthetropes.org/w/index.php?title=The_Otherworld&oldid=1669156"
Categories: