Everything About Fiction You Never Wanted to Know.
Jump to navigation Jump to search
/wiki/Hulk Hogancreator 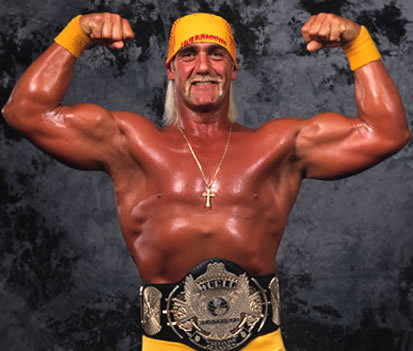 His name is synonymous to wrestling, BROTHER.

His given name is Terry Gene Bollea. You know him better as Hulk Hogan. If the name doesn't ring any bells, you were either born in the past decade or you've been living under a rock for the past three decades. To put it simply: Hogan is the single most famous professional wrestler to ever lace up a pair of boots (as the second-most famous professional wrestler, Ric Flair, has reluctantly admitted).

That Other Wiki has an extensive article on his life and career (both in and out of the ring), so you can go check that out if you really need a refresher.

Hulk Hogan provides examples of the following tropes:
Retrieved from "https://allthetropes.org/w/index.php?title=Hulk_Hogan&oldid=1840337"
Categories:
Cookies help us deliver our services. By using our services, you agree to our use of cookies.