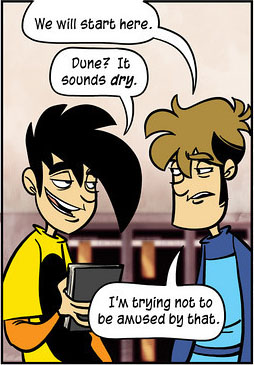 Not only is Evil cool and sexy, but it also gets all the best lines. So much so that even good guys can't help cracking up at the Magnificent Bastard's witty comeback or the Heroic Comedic Sociopath's cutting insult, much to the insultee's chagrin. Occasionally, even the target of the insult can admire the sheer comedy value of the joke, in which case it can border on Insult Backfire. Compare Tough Room and The One Thing I Don't Hate About You. Contrast Dude, Not Funny.

Examples of Actually Pretty Funny include:

Retrieved from "https://allthetropes.org/w/index.php?title=Actually_Pretty_Funny&oldid=1841858"
Categories:
Cookies help us deliver our services. By using our services, you agree to our use of cookies.