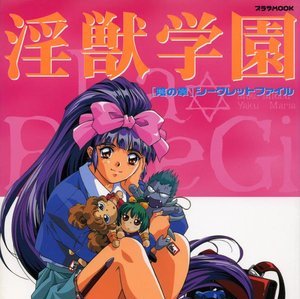 The series is a bit unusual in that it frequently takes its own genre with a pinch of salt, introducing a lot of humor. Needless to say this page is NSFW.

See entry on The Other Wiki.

Extremely not for kids!