Everything About Fiction You Never Wanted to Know.
Jump to navigation Jump to search
/wiki/Alberto Del Riocreator 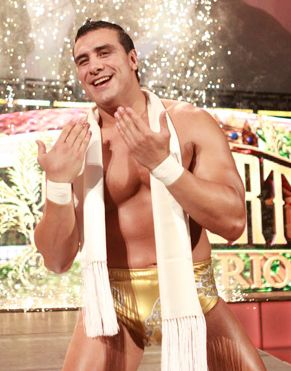 But you... you already know that.

Alberto Del Rio (real name Alberto Rodríguez, born May 25, 1977) is a Mexican professional wrestler, currently signed to WWE, performing on its Raw brand and is a two-time WWE Champion. Prior to working with WWE, he was well known as Dos Caras, Jr., which he wrestled as in Consejo Mundial de Lucha Libre (CMLL) and fought under as a mixed martial artist.

"My name is Alberto Del Rio! But you...you already know that."

Are you okay with this for Del Rio's TV Tropes page. Just asking because I know he became a big deal, fairly quick.