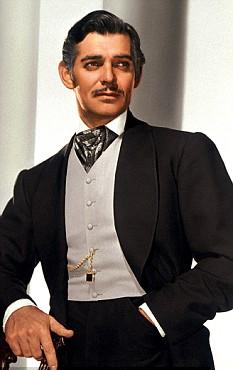 Tall, Dark and Handsome Stranger was a pulp fiction trope, particularly in mystery novels. Romance novels still play it straight sometimes. This then led to a Tall, Dark and Handsome casting trope for leading men, such as Clark Gable. This is also one of the defining attributes of the Latin Lover stereotype. A handsome black man can be described as such too, though anyone with the height and dark hair can pull it off. (After all, Blond Guys Are Evil.)

Being one of the oldest tropes in the book, it's nowadays more often used in subversions and deconstructions. The actual invocation of the trope Tall, Dark and Handsome Stranger is often parodied, or might be played straight but usually isn't highlighted if it is.

Examples when the trope is invoked, parodied and/or subverted

Examples when the trope is played straight: (WARNING: Highly subjective!)