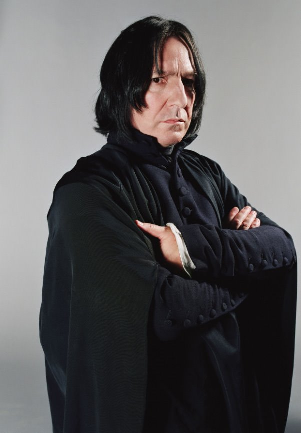 Not even a yawning puppy will make him smile. He'll just howl back, "SILENCE!"

A variation on the Insufferable Genius, this character is usually charismatic, incredibly good at what they do, and rather good-looking. Members of the same sex both admire and envy them, while those of the opposite fall all over them (often forming an Instant Fanclub), and the only thing that saves them from being a Mary Sue / Marty Stu is their overwhelming arrogance and constant annoyance at being surrounded by people they see as idiots. They'll often make snarky comments on the current situation which show that they know much more about what's going on than anyone else, and answer any questions with the preface, "Are you so stupid you can't see it?"

This doesn't necessarily make them evil, though. (If anything, it's understandable, given the mindless way people often act around them.) They're just not a character who plays well with others and are therefore at risk of becoming an Ineffectual Loner. Their snarkiness is usually brought low not with sarcasm, but a good old Insult Backfire.

This archetype is also frequently used as a Mentor or older brother type, used as a foil for the protagonist's optimistic and foolish nature. See also Tall, Dark and Handsome for the straight vanilla versions.

Examples of Tall, Dark and Snarky include:

Retrieved from "https://allthetropes.org/w/index.php?title=Tall,_Dark_and_Snarky&oldid=1871517"
Categories:
Cookies help us deliver our services. By using our services, you agree to our use of cookies.